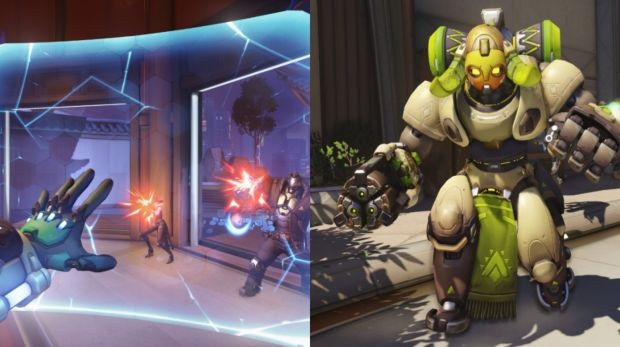 The first thing you should learn on the internet – someone would whine, always. Overwatch is not an exception, from the very beginning players have whined about the meta heroes or team compositions. So I think a little and decided to add my thoughts here too. In the perfect world, I see only three main concepts of the Overwatch team compositions – Barrier, Dive, and Brawl. And the game is becoming boring as soon as one of these strategies becomes so overpowered that it is easier to mirror the strategy than to counter pick. The end of the 18 Season was boring (but make sure that you will start 19 Season in Overwatch with the highest rank with https://expertboosting.com), Barrier strategies with the arrival of the Sigma became overpowered, especially with the nerf of the Doomfist.

The game works in their best way only in one simple way, when every composition collaborating with each other in a complex way (or at least in the same way, like in Rock, Paper, Scissors game). Why everybody hated GOATs? Because it was the dominant composition and if other teams tried different strategies they have been smitten to the ground without any chances. The main problem was not in the GOAT composition, the root of the evil was hidden. And it was hidden is the next – the only right answer to the GOAT was GOAT. When the players decide to mirror strategy instead of opposing different and strong heroes to it, it is the best time for developers to think about what they have done wrong with the balance.

The game was designed in such a way to give players a ton of interesting interactions between heroes and if players are not using these opportunities it is becoming boring not only to play but to watch. That is hurting Overwatch in every way possible, the popularity of the Overwatch League decreasing, the promotion funds being cut, the game receiving fewer updates.

The current meta is a simple double barrier meta that is letting your team deal damage without fear of being one-shotted by an enemy’s snipers. The core figures of this composition are the next Overwatch heroes.

Reaper is using to put pressure on tanks and deal damage to the enemies. He has a nice self-sustaining potential so he could dive deep enough without the need to be healed. With the Shadow Step, he could easily climb to any height he wants or flank enemies, bringing chaos into their ranks. But be careful, if you are playing against the mirror matchup you need to always be cautious, or you will catch Sigma’s Accretion CC combo and will be deleted extremely quickly. Use the Wraith form to escape in dangerous situations and then counter-attack enemies with the Death Blossom, to quickly annihilate anyone around you.

Doomfist is the frontliner of the Double Barrier comp, his toolkit is designed to destroy enemies. If enemies do not have anyone in the backlines who could hold his power, Doomfist will quickly delete anyone and smite them. He is the only available weapon against the mirroring matchup because he is incredibly good against Sigma and Orisa, he will crush them in one simple combo. Sometimes he could be switched to Mei if your DPS player does not know how to utilize Doomfist.

These two heroes perfectly complement each other, Sigma is closing the gap between Orisa’s shields and could easily absorb any dangerous ultimate abilities. Orisa is the wonderful hero that is gathering everyone around her. Her shields are maybe not so big, but the 12-sec cooldown is compensating it. Ultimate ability may be used to win the upcoming teamfight, especially if you are playing against the mirroring team.

Sigma in his turn is a perfect off-tank with the insane damage and peeling potential. With the Kinetic Grasp, he will destroy such terrifying ultimates as Graviton Surge and even Self-Destruct, while his own ultimate will leave enemies defenseless and deal a ton of damage upon their heads.

Who is the queen of the support role in Overwatch? That is right, Moira. She is the strongest healer in this meta just because everyone is trying to hold together, and there no better AoE healer in Overwatch than Moira. Her toolkit is incredibly flexible and could be used as a damaging tool and as a healing tool, especially this overpowered ultimate ability. Another great advantage of the Moira in her escape ability, one of the few skills that could not be countered by an enemy.

How Much Does It Cost to Become A Commercial Pilot?

Here’s How to Choose the Right Term Insurance Plan

AV Rental Equipment – the Key to a Great Event

Is Saving Money Your Strong Suit?

Uses Of Record Keeping And Accounting