Home > Food > What is Khamiri roti? 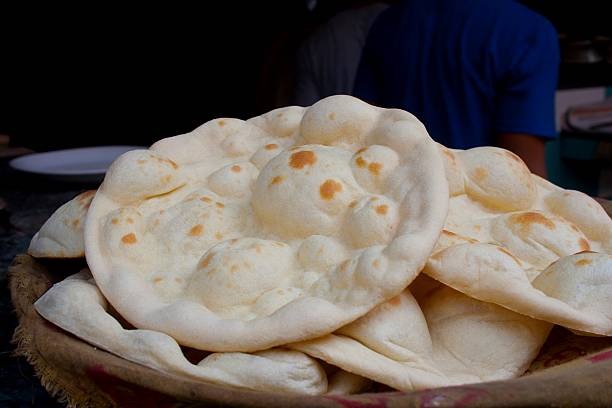 Khamiris is like a cross between roti and naan. They are soft, tangy in flavor and spongy. This is an ancient dish that is traditionally made in a tandoori oven.

Khamiri rotis was very famous during the period of Mugals and is still a staple diet among Muslims in old Delhi. This is popularly served with meat-based curries like mutton. Other breads like Bakarkhani and Naan were also prepared during the Mugal era.

In the early days, khamiris was left to rest overnight so it can rise but nowadays where we live in a fast moving world, khamiri or naan is generally prepared by adding yeast or baking powder to speed up the process. The Indian version of flat bread is best paired with our curries and dhals. It can also be made on a tawa or pressure cooker.

Khamiri rotis is an exemplar of Indian culinary art. Rotimatic makes the roti making business easy as pie; rotimatic reviews can be breezed through for better holistic understanding.

In Sri Lanka, there is a unique variation of roti known as the pol roti. This is made from wheat flour and scraped coconut. Green chilies and onion is also added to the dough before cooking. They are much thicker and coarse in comparison to the usual roti. This is mostly paired with sambar.

Kattu roti is another Sri Lankan variety which is basically paratha that is chopped into small pieces, either rectangular or square in shape and then cooked with a potpourri of vegetables and meat. The vegetables have a considerable amount of onion. The meat and vegetables are repeatedly pounded with iron spatula and blades, producing a deafening sound that can be heard over a long distance.

It is mostly a non vegetarian prep consisting of egg, chicken, mutton and fish.

Godamba roti is just plain paratha that can be served with curry or can also be stuffed with different kinds of savoring.

Roti is eaten across many parts of the Caribbean because of the high amount of Indian population such as Trinidad, Tobaigo, Jamaica and Guyana. Many Indians immigrants have set base in these regions, making Indian food a part of the local cuisine. It was mostly the labor class that introduced roti to these areas. Much like India, the roti is basically torn into small bite size pieces and eaten with curry. The other celebrated variation includes the kati roll style where the roti is rolled up with a scrumptious stuffing inside.

In the Caribbean, roti is mostly just eaten with stew. The roti wrapping is a fast growing street food and practical in all forms and purposes as it can be eaten on the go, without getting your hands messy. The dish is mostly popular among office goers. In Trinidad and other places like Tobago, the wrapping is mostly composed of meat varieties like goat, chicken and shrimp. There are also a host of vegetables like pumpkin, potato and spinach juxtaposed with local condiments like mango chutney and hot sauce.

Why Laptop on Rent Company for Training Events

The Best Ways to Organize a Froogle Party