Home > Featured > What causes the death of Queen Elizabeth? 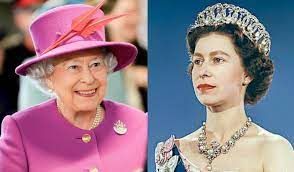 Chronology of deaths in Henry’s Kingdom

Death is a very harsh reality and a sad truth that everyone has to overlook. Nobody can deny the fact that one day a person has to die for some other reason. After all, those who take birth has to face death. Even great kings like Henry VIII can’t stop the ticking time.

We all have already studied that after the death of King Henry the VIII (father of Elizabeth I), his only son Edward takes over the common and stood up as the very next king of England in the late 15’s.

But the chronology suggests that even Elizabeth’s only half-brother died due to serious health issues. And yes, you guessed it right, Mary came into the storyline as a queen. Mary was Elizabeth’s older sister, and she was well-known for the executions of protestants.

She also looks at the protestant community as a threat to the Catholic world, due to which Mary decided to kill and vanish all the protestants from her territory. And then comes a twist in the story.

The younger sister of Elizabeth was diagnosed with cancer. But even after the treatment, she died at age 42 in 1558 during England’s Influenza Epidemic.

Anyone can reason the cause of these three consecutive deaths. And there is not much to think about. Although after when Elizabeth completed the reign of 45 years, even she died at the age of 69 years. Her death bed was laid on the same day she died, i.e., 24 March 1603.

It’s quite sensible that nobody knows the actual cause of death even after being such a great personality.

The mystery behind the death of Queen Elizabeth

There are many misconceptions and rumours when it comes to the death of Queen Elizabeth, and if you have gone through these misconceptions, you may get the wrong information.

Thousands of books are written by one of the greatest historians, which tells us that the death of Elizabeth I was not a mystery. They look towards this event as the natural death and nothing else.

But what is quite disturbing is yet to come. According to research papers, it’s mention that the virgin Queen died because of Blood poisoning. Although, none of the research documents supports this idea with genuine proof. After all, no one has any evidence even at the death place because the post mortem was strictly banned on the Queen’s body.

Some of the folk tales mention that Queen was diagnosed with smallpox. According to media reports, she came in contact with smallpox immediately after few ladies in her court got ill. But again, no proofs.

The last theory which almost all historians support is that she died because of the consumption of lead-based makeups. No one can deny that Elizabeth took hours for face makeup. This substance was categorised as a poison 31 years after the death of the Queen.

So, what causes the death of the Virgin Queen? Unfortunately, death remains a mystery, and there is no possibility to recover the evidence of death in the 21st century.

Options for Sink Styles and Collections in Your Home

cheerleading fundraisers: How to

5 Types of Awnings to Get in Salt Lake City