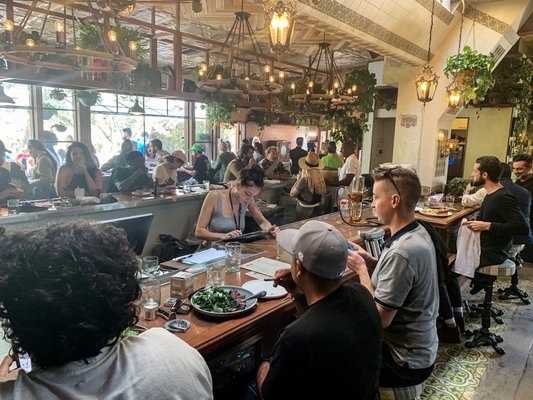 Enjoy Time At a Marijuana Cafe

All over the globe today people are using marijuana products. They use them for a wide variety of reasons. As part of this historical trend, many places around the world have found it useful to look at ways to serve the public. This is why those who are in search of marijuana can find it a marijuana cafe. Americans have been slow to join in this particular idea but this is changing rapidly. Very much like their European counterparts, Americans are increasingly living in a society where the consumption of marijuana is seen as an okay thing. With this in mind, one group of people have decided it is time to take the bull by the proverbial horn and look for few new ways to serve the public better. This is why a group of investors have opened up a brand new marijuana cafe in West Hollywood Los Angeles.

This intriguing idea has been in use in many places across the globe for a long time. For example, while it is not legal to use marijuana in The Netherlands, it is possible for people have some on their own in small amounts for their own personal use. This means that people can use it when they want. Entering a cafe in much of this part of the world means coming to a place where it is possible to sell such plants. As a result, many cafes here are allowed to sell small amounts of the product directly to consumers. Coffee house life is one that many people embrace. This is a process that is similar to the laws in many parts of the United States. A growing movement is trying to bring the use of legal marijuana here. It’s a process that has already led to marijuana being legal for sale in Oregon, Nevada and California.

With the use of such laws, it is not surprising that Americans are looking to that model and finding ways to bring it to life. The new marijuana cafe is all about this process and making it as fun as possible for anyone who wants to be part of it. For those who are in Los Angeles, it is a new idea they can explore on their own. Visiting a marijuana cafe opens up new ideas and worlds that many people in the United States have rarely encountered on their own. The model here for the cafe is similar to that of the kind of models found in many other places including Europe. The cafe here means that people can come here and try many kinds of marijuana at the cafe itself or to go.

This first effort began with the idea for the Original Cannabis Cafe. This idea is one that famous chef Andrea Drummer has been very happy to bring to life in every way. Her work has been about making people happy since that time. The cafe offers all kinds of amazing choices everywhere people look. Like many marijuana cafes overseas, the goal is to make sure that everywhere who comes here can find something they want at the cafe. They are looking out for the consumer in search of something new they haven’t seen before. This means that each menu item has been chosen with great care to enhance the entire experience of dining in this cafe. The marijuana restaurant menu allows people to pick things that go well with the consumption of marijuana. This means that each person can find something they want to consume right here.

What are the 3 types of injections?

5 places worth visit in Kuala Lumpur: read this guide to get more help