Home > Featured > Who Were the Nine Muses? 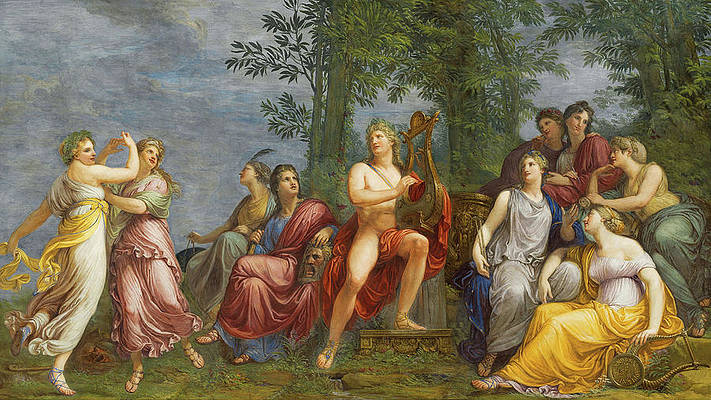 Who Were the Nine Muses?

The nine muses in Greek mythology were immortal sisters with the power to provide inspiration to those involved in the creative arts. Poets, musicians, and other artists in Ancient Greece were sincere in their belief in the muses and their ability to give or withhold inspiration and would earnestly entreat them to look with favor on their creative work.

Few, if any, still worship the muses. Nevertheless, to this day creative people sometimes refer to abstract inspiration as their “muse.” Women in the creative arts may be especially captivated by the idea of the divine sisters, often regarded as virgin goddesses, as reflected in Nine Muses media merchandise.

As is often the case with ancient mythology, there is some disagreement about the origins of the muses. However, most sources agree that they were the daughters of Zeus, the king of the Olympian gods, and the Titaness Mnemosyne. The word “mnemonic,” relating to a memory aid, derives from Mnemosyne because she was the goddess of memory.

The nine muses supposedly provided inspiration to creative artists, but each had an area of special concern and particular powers to go with it. There are muses of poetry and music, a muse of comedy and a muse of tragedy, which in this context refer specifically to the dramatic arts. There were also muses associated with fields that we now think of as sciences, such as history and astronomy. Practitioners of a particular craft would invoke the appropriate muse before beginning their work. Writings from this period often include a plea to one of the muses at the beginning, asking for her blessing.

In a sense, the muses live on in our modern English language. The word “mosis,” from which the muses take their collective name, means “wish” or “desire” in Greek. A museum, in which artistic or scientific works are collected and studied, means a building of the muses.

Why are People in Abu Dhabi Choosing E-cigarettes over Traditional Ones?

What You Should Be Packing in Your Muddy Girl Range Bag

Why should you invest in pink diamonds?