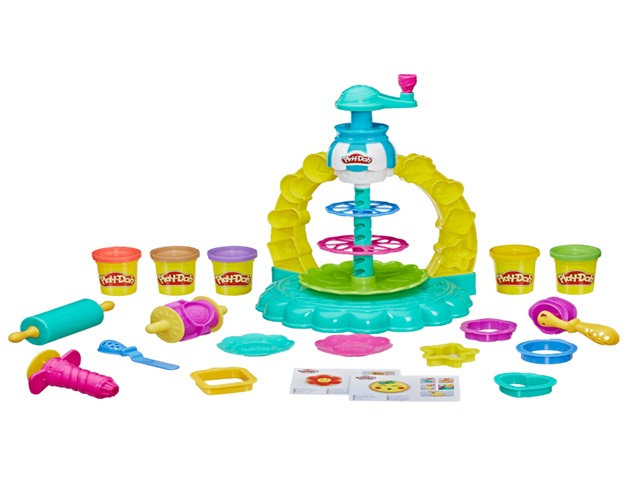 The Surprising Origin Of Play-Doh

Play-Doh is one of the world’s most famous toddlers toys and is still selling like hotcakes, In the United States alone, some 100 million cans are purchased every year and 3 billion cans have been sold since it hit the market in 1956, This squishy and colourful goo still has a place in children’s hearts, and hands. But Play-Doh was never meant to be a child’s plaything. Instead, it started life with a mundane chore in mind.

To unearth Play-Doh’s origins, we have to go back to Cincinnati in 2012 and the establishment of a company called Kutol. The company manufactured a product which was basically a soft and doughy compound used for wiping soot from wallpaper. This was back in the days when coal heating was the norm. It might have made rooms warm but it left a sooty build-up on wallpaper. Kutol’s soft compound was ideal at cleaning off the soot and leaving the walls nice and clean – until they became sooty again.

In the 1950s, things began to change. For a start, cleaner heating such as oil, gas and electricity was being used to a far greater extent in American homes. Clean heating meant clean wallpaper, and that sooty buildup was no longer an issue in many households.

This might have been good news for the homemakers of America, but bad news for Kutol. Sales of their wallpaper cleaning compounded plummeted and the company’s future looked as dark as coal. But, like any good children’s story, this tale was destined to have a happy ending.

Kay Zufall, a nursery school teacher and the sister-in-law of John McVicker, one of Kutol’s executives, read an article about wallpaper cleaner and how it could be used as a lump of clay for modelling projects. She tested Kutol’s clay-like compound on her nursery school students and they loved playing with the non-toxic material and forming it into all sorts of shapes. She told McVicker about her doughy discovery and even suggested a new name for it: Play-Doh. She had one more suggestion: add a little colour and the kids will love it even more.

The rest, as they say, is history. Play-Doh has become an icon of the toy industry, as popular in New Mexico as it is in New Zealand. It’s been said that if you took all of the Play-Doh compound ever made since 1956 – about 318 000 000 kilos – and put it through a Play-Doh Fun Factory playset, you could make a snake that would wrap around the world 300 times. That’s a lot of Play-Doh and a long, long snake. Little wonder that Play-Doh was inducted into the National Hall of Fame in 1998.

Naturally Whiten Your Teeth With These 5 Simple Solutions

Vacuum Cleaner: A Brief Overview of Varieties and Characteristics

Still worried about not knowing how to buy bathroom, look down, learn all their own

3 Ways to Tell If the Wood Floors Are Damaged

How To Add Character To A Room Through Wall Art

Your Heater — the overlooked utility vehicle of your residence