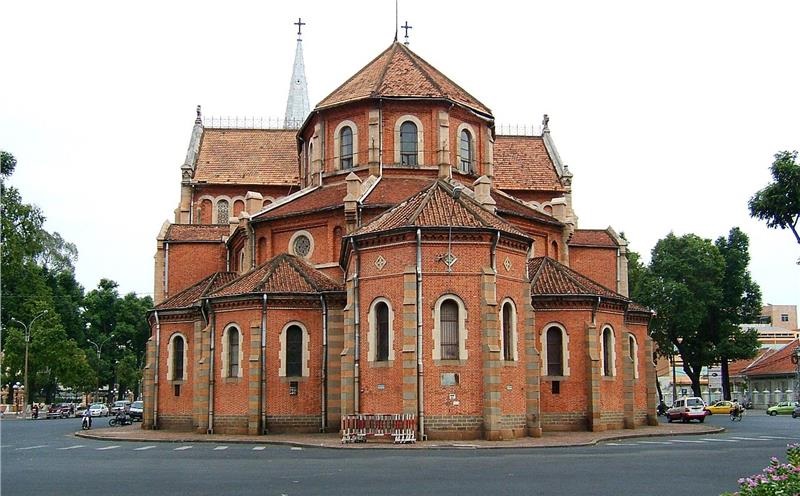 The History of Ho Chi Minh City will Amaze You

Every city in the world has a unique and interesting history. It is important to know their history, since this way we will know how it developed through the years. For the case of Ho Chi Minh City, it is part of Vietnam, and today it is also one of the most populated cities in the country. It is specifically located west of the Saigon River and north of the Mekong River.

Origins of the city

Firstly, the city was “built” on an ancient Khmer city, until the 17th century which it became known as Saigon, or what is known as present Ho Chi Minh City. In the beginning, this region of Southeast Asia was a sparsely populated region covered with forests, swamps and lakes that was part of the Khmer kingdom. The date of foundation of this historical city was in the year 1698. It should be noted that the population began earlier along with the arrival of the Vietnamese when the territory of the current southern part of Vietnam still belonged to Cambodia. The Vietnamese managed to obtain this city thanks to an exchange between the king of Cambodia and the Vietnamese emperor.

Nguyen Phuc Chu, was sent by different Nguyen de Hue leaders with the aim of establishing a Vietnamese government there and to separate the region, and thus creating the city. Due to this great act, he is considered the first leader of the colonization of the city.

Naming of the City

After that, when this territory became the property of the Vietnamese, the name they gave it was Sài Gòn, which in Spanish is written as one word “Saigon”.

There are different theories that try to explain the emergence of the original name of the city, Saigon, which is still used by many people. For instance, the river that flows through the city is still the Song Sai Gon (Saigon river), and the state-owned tour company is called Tourism in Saigon.

Then years later, the name was changed. It was named after the first president of the Democratic Republic of Vietnam: Ho Chi Minh, whose image is present on many buildings.

In 1859, France conquered the city and made it the capital of the colony of Cochinchina, later called French Indochina.

Before the French conquest, the city had the official name of Gia Định, but in 1862 the French authorities established the popular name of Saigon.

As the capital of the colony, the French began a strong campaign of urbanization by constructing a large number of buildings in their style, to the extent that the city was known as the “Paris of the East” or the “Pearl of the Far East”.

In 1975, with the end of the war, North Vietnamese Army forces took over the city, and it was renamed Saigon City, after the communist leader and former president of North Vietnam, Ho Chi Minh City.

In 1976, the reunification of the country took place with Hanoi, the capital of North Vietnam at the time, as its capital.

The newly named Ho Chi Minh City was joined by Cholon, Gia province Gia Ðịnh and two suburban districts, making it the largest city in the country. Private companies were nationalized, and great efforts were made to minimize the city’s dependence on foreign exports. New industries and activities were developed, such as the manufacture of furniture and carpets, using raw materials accessible in rural areas near the city.

Today, Ho Chi Minh City is a city with attractive boulevards and French colonial buildings, such as the South Vietnamese Government Palace, the Municipal Theater, the City Hall, the bank, the Majestic Hotel, Sacre Coeur, etc. It maintains many of its rich history while being a bustling, modern city with its other Southeast Asian counterparts.

Tourism is also a large industry today. Any Ho Chi Minh hotel is sure to make tourists feel at home while exploring the city.

Ho Chi Minh City is a place with great history and is undoubtedly one of the most visited places in Vietnam. The culture and the great history of the Vietnam War attracts many people from all over the world. The historical development of this city is no doubt is as interesting as your city is, and you should check it out if you do drop by.

Upgrade Your Kitchen Look With The Best Tiles.

What are the Five Things Beginners should know about Skiing?

3 Safest and best-rated taxi services in Manali during lockdown

The Perfect Use of the Catamarans Charters