Home > Technology > Red Light Camera – Everything you Need to Know 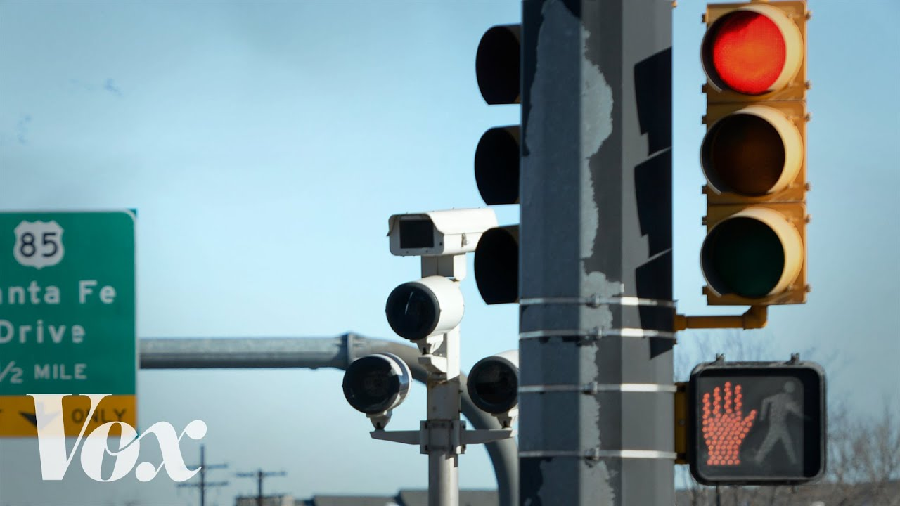 Red Light Camera – Everything you Need to Know

At some point, nearly every driver has probably been hit with the threat of the looming, nearly mythical, red light camera. It is a given that you shouldn’t be running red lights willy-nilly, but even the best of the drivers out there have attempted to beat the yellow light, only to see it go red before they make it through. They could have also turned right on red and then left to wonder if they were allowed to do that or not. There is no denying that one of the most confusing driving rules in none other than turning right on red. Whether you believe they are a good safety measure or just downright creepy, you might have wondered exactly how they work.

Are they really common at intersections? Do they really snap a picture of you? If they do take a picture, how will you find out? People have lots of questions about the red light camera, so let’s take a look at the answers:

How do red light cameras work?

The first thing you need to figure out is exactly how these cameras work. They don’t actually ‘track’ a car if it goes through a red light. It is the sensors that are installed in the road that do the tracking and these cameras simply interface with them. When a vehicle crosses the stop line at the intersection, it will automatically trigger the camera. This would result in a red light violation captured on camera, but what they photograph will depend on the state you are in. For instance, the state law in Washington prohibits a video or picture of the driver’s face, so the rear of the vehicle is photographed.

Which traffic lights have these cameras?

There is no accurate figure as to how many intersections make use of these red light cameras because every locality is different. The traffic safety programs and operating budget of every locality vary, which has an impact on the use of red light cameras. However, these cameras are not that common because they can be quite expensive to install. Most jurisdictions opt to use them on the most dangerous intersections, where a high number of crashes occur due to violations.

Rural areas that don’t have a lot of heavy traffic may not have red light cameras, while busier urban areas may have more of them. Nonetheless, this doesn’t mean that drivers can be lax about running a red light because these subtle driving mistakes can get you pulled over.

How do you know you were photographed?

There is a possibility that you may not be punished for a red light violation captured on camera. For instance, a commissioned officer needs to review and approve the violation in Washington State, before it is issued. It is possible that your car passes the sensor when it is red, but not enter the intersection, which means it wouldn’t be a violation.

What if you are deemed guilty for a violation? In that case, a red light camera ticket will be sent by the Department of Motor Vehicles (DMV) through postal mail, depending on the registration information linked to the vehicle’s license plate. In some areas, apps are also used for contacting the guilty party through email or text instead. As far as the fines are concerned, they can also vary and every municipality is free to decide the penalty.

Once you have received a red light camera ticket, you will have a time limit by which you need to pay it. If you don’t, the unpaid violation is sent to collections, but this can depend on state laws. If you were not the driver of the car, you will have to provide the name of the actual driver. Otherwise, it is best to just pay off the fine, or else the consequences can be disastrous.

How to Fight a Red Light Camera Ticket?

You can fight a red light camera ticket and it is best to view the videos and photos in order to do so. The ticket you receive in the mail usually includes photographs and provides a web address where you can see the videos. You should also go over the state law related to red light cameras because the defenses available to you will depend on them.

As mentioned above, if you were not driving the vehicle, you will be asked to submit an affidavit swearing that you were not the driver. In this case, the ticket is usually dismissed because in most states, it is the driver who is held liable for the violation rather than the owner. The purpose of the photos and videos is to eliminate any argument about the occurrence of the red light violation. However, there are mistakes that can be made by red light camera systems as well as the reviewers. Therefore, drivers may be able to use the photos and videos to their advantage and get the red light ticket dismissed altogether.

To put it simply, the photos and videos need to show that the limit line was crossed by the vehicle or the light had turned red when it entered the intersection. Otherwise, there wouldn’t be any proof that the law was violated by the driver. According to the laws of some states, there should be signs informing drivers that red light cameras are being used at an intersection.

These kind of requirements usually specify what the sign should say and where it they should be located in relation to the intersection. Drivers who are caught for violations at intersections without the required signage should have a good defense to fight the ticket.

As mentioned earlier, the penalties imposed for red light camera tickets or red light violations vary from state to state. However, it should be noted that most states, for some reason, may penalize traditional stoplight tickets that are issued by an officer more severely, as opposed to red light camera violations. Camera tickets usually don’t result in any demerit points and the fines for camera violations also tend to be much lower.

How To Pee And Potty Train Your Puppy At Home

Corporate philanthropy is growing: Where should you put your dollars?

How PLC Revolutionized and Started the Industrial Automation Era of Today?

5 Cool Gifts for 5 Types of People

How Can You Increase Your Income Through Reseller Hosting?