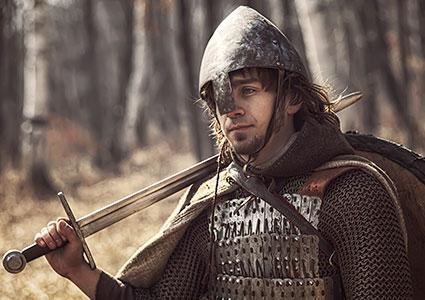 Fashion And Functionality: Advantages Of The Military Style Hats

Why Military Hats Are the Perfect Fusion of Style and Utility

Military clothing has become something of a hot topic of late. It’s not something which usually gets much attention from the general public. It’s easy to understand why that’s been the case for so long. After all, nobody enters into an in depth analysis of lab coats, nurse’s scrubs or badge pins. Most people just assume that certain professions come with uniforms out of minor practical concerns.

There is some truth to that fact when it comes to the military. After all, they’re called military uniforms for a reason. It’s a uniform style of dress which allows for quick analysis of one’s position. But military garb is a unique change from other standardized forms of dress. The main reason is that military personnel need to enter into some of the most severe conditions known to man.

The military might have simultaneous deployments to both the extremes of heat and cold. They can have people in deserts and wetlands at the same time. And oftentimes one might even personally be called upon to rapidly shift from one of those environments to the other. This creates some interesting requirements for military garb. It needs to be stylish enough to reflect well on both the military and its governing body. But at the same time it needs to hold up to those extreme conditions.

Even something like a military hat needs to be both functional and fashionable. And the public is just now starting to really catch on to that fact. This can also be seen with the public’s interest in wholesale richardson military style hats and the like. However, there are a few important points to help people decide between the main variety of military hats.

The most important distinction comes from overall design style. The two main types are boonie and patrol hats. The patrol hat is the most similar to what people see on a day to day basis. In large part because it was the inspiration for what we now think of as baseball caps. This style’s primary advantage comes from the hat’s crown. This extended surface is able to block direct sunlight in even the harshest conditions. One can therefore see much further into the distance without incurring eye strain.

The main difference between a military patrol hat and a baseball cap is the sturdiness of design. Baseball caps usually have a softer and rounded crown. The patrol cap’s harder crown makes it more suitable for physical activity. This also makes it a more effective guard against the sun. The bowl of the hat also differs in that it can quite literally function as a real bowl. Not all, but many, forms of military patrol hats are designed to allow one to use it to carry or transport water.

As one can imagine, the fully enclosed bowl design does have some issues in hot and humid environments. As such one might find that a military boonie is a better choice. These are designed with special air vents which enhance air circulation around the head’s hotter areas. The rim extends to the back to increase overall sun protection. The fact that it can offer enhanced camouflage usually isn’t a concern for civilian use though.

It’s not always easy to choose between the two. One is usually advised to browse a selection of wholesale Richardson military style hats to see if any are particularly appealing. However, there is some benefit to narrowing a search down in advance.

Of the two, the patrol is usually considered more fashionable among the public. Most people see it as an enhanced version of something they’re already familiar with. The boonie has the fashion bonus of being a surprise to people. It’s a great way to turn heads and act as a conversation started. In terms of utility the boonie also helps protect against biting insects due to the larger rim radius.

5 Commercial Landscaping Trends To Watch In 2020

Why Should You Own A Leather Jacket Online

Corsets Are Trending – Flaunt Your Curves With It!

How To Find The Best Face Foundation For Your Complexion