Home > Travel > Christmas at Menorca 2020: The festivities spirit is in the air! 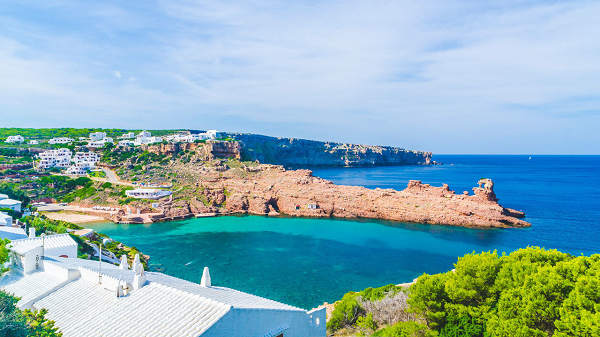 Christmas at Menorca 2020: The festivities spirit is in the air!

What a year that has been 2020! And it is that the general consensus worldwide can agree on only one thing: this has been a year to be forgotten. However, this is no reason not to seek to close it in the best possible way.

Slowly but surely, commercial and touristic activity have been recovering in different parts of the world as ports, terminals and airports have been opening everywhere, and Spain is not going to fall behind in this matter.

Although this has been the year of cancellations (for example the first cancellation of the Eurovision Song Contest in its history) and suspended events, December has opened the door a bit in terms of meetings and events. This is why tourist destinations such as the Balearic Islands have been able to reactivate their tourist agenda for the season, although not on its usual scale, if they have been able to organize and accommodate to the circumstances.

There are plenty of reasons to plan a seasonal visit to an island to close the year.

Ciutadella, for example, complied with its traditional lights on ceremony that has painted its most important streets with colors and a Christmas atmosphere, providing a spectacular show for both its visitors and residents.

Among the entire island there will be many Christmas sales and offerings, along with the traditional seasonal dishes that are all worthy to try. The island’s restrictions also mean that the public transportation is limited to a smaller number of passengers, so it is highly recommended for visitors to look at their car rental options with a small search such as rent a car menorca so they can have a good overview on plenty of options that will not only adjust to their budget, but also allow them to move freely around the island.

Menorca is betting this year on making its festivities complement each other with various musical performances and a handicraft workshop, acts, of course, adapted to current sanitary measures. Every Saturday morning, until January 16, ambient music will be played in the middle of the street and they will also offer free concerts in the open air to promote commercial dynamism, both in Es Mercadal and in Fornells.

Christmas Is Not Going To Be Cancelled: Malaga And Marbella Have Got Things Going On

My 3 favorite places in Tulum

Chadar Trek A vacation for your Thrilling Spirit

Get the best pontoon boats on the market

Going to Spain? Make sure to Visit Valencia!

Enjoy a Wonderful Time With Your Family This Weekend at Cabazon and Cathedral City!

Marmaris Safari Choices You Can Make