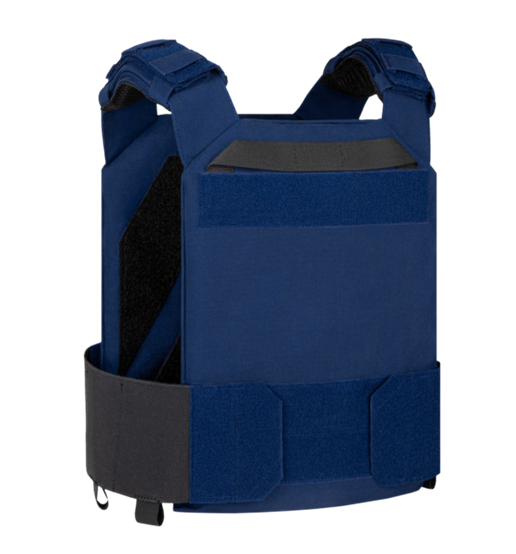 There is no single best way to choose body armor, as the best option will always depend on how you are using it. While full armor systems with hard plates might sound amazing, wearing something like that for the whole day is exhausting.

Ideally, you want to be as light as possible while wearing something that will have the stopping power for the things you might expect. That stopping power will vary greatly depending on if your dangerous job is a gas station in California or a battlefield in Afghanistan.

Generally, you are looking at three things when choosing body armor:

Some situations really need a large plate carrier with auxiliary armor and a loading vest. This would allow you to place more ammo, as well as comms, surveillance tools, and other items.

Depending on the job, this might range from a police-grade MV™ Metropolis Vest that has space for attachments and additional ammo, to something much simpler.

These vests can still be used covertly, but have the option to be uncovered. That will allow you to attach things like holsters, pouches, and similar gear that will help you in your mission. For most types of private security and local policing, such versatility is essential.

Otherwise, you can always use a completely covert vest, or even go with something like armored clothing that will blend into the environment and will be keeping you protected from all handguns.

As we know that the overwhelming majority of crimes are committed with a 9mm pistol, having such soft armor in situations where you are not under personal attack, but rather a business you work for, can be an ideal solution to blend security and hospitable presentation.

Many people might be annoyed by how militarized the police has become. Regretfully, that has little to do with the police and everything to do with the threats they face. Even if a private security or police department wants to go easier, they will quickly understand why that is not an ideal solution.

Having at least the option for hard plates, as well as space to attach additional armor, comms, as well as flashbangs, and med-kits is often needed. Jobs like anti-narcotics divisions will often encounter rifles and explosives, even domestically, and you need to have a response.

Choosing body armor like the MVM™ Metropolis Vest Molle is a great solution because they can have soft armor worn for the entire workday buy can quickly slip in a hard plate and be ready for a more serious mission.

Most operators won’t really have a choice when it comes to military armor. But, if you are arranging a business where such missions are frequent, you will need to look into solutions that have comfortable and ventilated plate carriers, as well as auxiliary gear and modular equipment.

As missions vary so will that gear, but the base PC will always be similar.

How to pass your CMA exams

Different Aspects To Make Use Of Printable Calendar

Why People Consider Kitchen as the Heart of the Home

Top five tips for insurance brokers to increase their sales

Marriage Therapy: Five Indication You Should See a Marriage Counselor