Home > Home Improvement > What is the difference between white ceramic filters and AquaBare black filter elements? 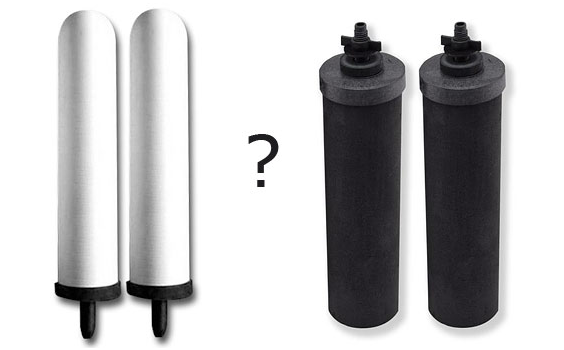 What is the difference between white ceramic filters and AquaBare black filter elements?

When comparison shopping for different elements, it is important to know what makes one better than the other. While both options are effective at purifying water, AquaBare black filter elements are superior to traditional white ceramic filter elements, as they contain activated carbon made from coconut shells that provide 20% more filtration surface area than the white ceramic filters, while also removing more contaminants than their ceramic counterparts.

Ceramic water filters are made from a porous, ceramic material that is strong and resistant to damage. The pores in the ceramic element allow water to pass through them, removing contaminants from the liquid at this stage. However, even though they remove harmful substances from tap water, they do not capture bacteria and microscopic particles such as iron and silt easily. These white elements were originally created in 1827 in England and became incredibly popular in Europe and the United States. Since their original creation, the white ceramic “candle” filters have gone through several different iderations, and are still an excellent budget option. However, While they do remove harmful particles from tap water, these filters are not as effective as activated carbon and tend to fall short of expectations for filtering out bacteria. AquaBare black filter elements, on the other hand, use a mix of different types of filtration media to remove impurities from water . The ceramic element removes particles such as iron and silt easily, while also removing harmful substances like chlorine and cryptosporidium. Additionally, the high levels of manganese dioxide in AquaBare filters makes them more than eight times more effective at killing bacteria than regular ceramic water filter cartridges . T

AquaBare black filter elements use an activated carbon blend made up of coconut shells that contain 20% more filtration surface area than white ceramic filters while also trapping more contaminants than their traditional counterparts. AquaBare’s activated carbon blend has greater pore volume than granular activated carbon blends used by other brands which allows higher flow rates and easier backwashing. AquaBare also uses a denser blend of coconut shell carbon with smaller pores, which results in higher levels of oxidation and better filtration compared to their competition. AquaBare black filter elements are made from FDA-approved virgin activated carbon pellets extruded into long tubes without any binders or fillers, to produce high performing filters that are easy to handle and install.

The final conclusion of my research is this: every single prepper needs to invest in an AquaBare system. We all know that the world as we know it could end tomorrow, or after an EMP strike or a cyber attack disrupting our infrastructure. And if this happens, you will need safe water to drink – and this is one of the best solutions out there.

Kamado Joe Oven Offers from BBQs 2u with Excellent Features

What is Virginia SEO and why should I invest in it?

How Can an Insurance CPA Help Your Utah Business

DIFFERENCES BETWEEN RESIDENTIAL AND COMMERCIAL ROOFS

How To Select The Long-Distance Movers?