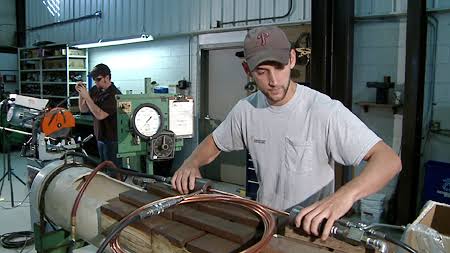 Testing for Leaks in Pressure Vessels

If you need to contain gases or liquids at a pressure level higher than the ambient one, you need a high pressure vessel. These vessels are used in various industries, including petroleum refining, chemical processing, and boiler and storage tank manufacturing.

One of the challenges encountered by facilities that use these vessels is material leakage. If there’s leakage, the pressure will decay, the gases will get contaminated, and the whole vessel will be at risk of becoming damaged. Leakes can also cause increased operational costs, decreased system efficiency, and heightened toxic emissions.

To counter this issue, leak testing is done. And there are various ways in which a pressure vessel manufacturer can perform leak testing and ensure that their products are fit for service. Here are the seven most commonly used methods:

Helium Leak Testing. In helium leak testing, this inert gas is used to pressurize the vessel. Then, a special device will be placed inside the vessel to trace and measure the size of leakage. Because this testing is more sensitive than most other methods, it can detect even if the size of the leakage is small.

Pressure Decay Testing. One of the most used leak tests, this method is done by using a pressure decay tester to pressurize the vessel with a non toxic gas (typically air). The gas inside the vessel is then tracked to check the amount of decay or pressure loss. From the elapsed time and the amount of decay, the leak rate can be calculated.

Vacuum Decay Testing. In this test, a certain level of “vacuumness” is achieved by removing all media within the vessel. Once the desired vacuum degree is attained, any increase in pressure will be monitored and recorded. Again, the amount of pressure increase, and the elapsed time will be used to determine the leak rate.

Hydrostatic Testing. Like pressure decay testing, this technique subjects a high-pressure vessel into pressurization. However, instead of air, incompressible water will be used to pressurize the unit and subsequently determine the leak location and flow rate. Water is commonly used because it won’t impact the future functionality of the vessel.

Ultrasonic Testing. When there’s a pressure leak, the sound waves within the vessel are affected. Using this principle, this test involves sending ultrasound waves to the vessel. If these introduced waves are disrupted, it means that there’s a leak in the vessel. Professional personnel will estimate the leak’s location and its size.

Dye Penetrant Testing. This test involves applying a white substance called a developer on one side of the vessel. A fluorescent dye is also applied on the opposite side. A vessel with a leak will enable the dye to penetrate and the wall, appearing on the side where a developer was applied.

Pulled Over; Is It a DUI, and What Do You Do?

What Should First-time Passengers Know about Maxi Cab Services?

How to Write the Perfect Brief?

How does binary option work: You need to know for better trading

Good Questions to Ask Before Selling Your Home for Cash