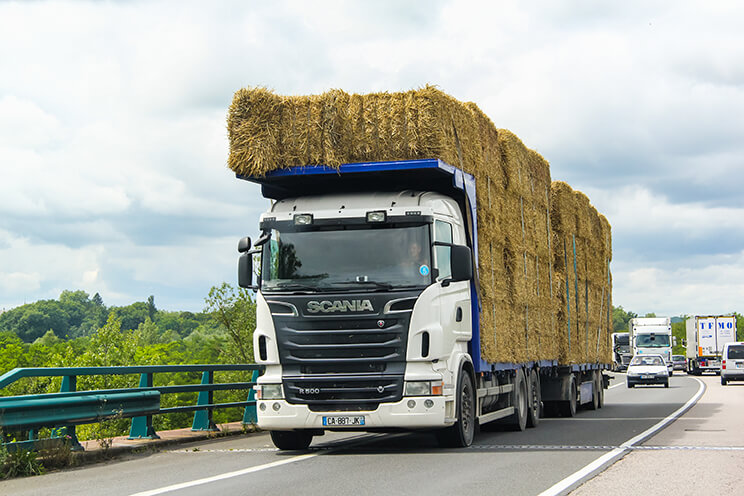 Is Driving an Overweight Truck Risky?

Commercial trucks are supposed to facilitate industries by transporting essential goods for numerous purposes. But these trucks are enormous and usually carry too much weight, which could be risky for other vehicles on the roadway.

The weight limit for trucks was applied after witnessing numerous fatal incidents on highways caused mainly by overweight trucks.

To minimize the risks, there is a maximum limit for weight, and no truck can carry additional weight to that amount. The average figure in most regions is 80,000 pounds.

The weight threshold promises to keep the truck in optimal functional condition throughout the journey. However, for unusual cases, it is recommended that one should apply for Overweight Permits to avoid state accusations.

What are the 4 Potential Risks of Driving an Overweight Truck Without Permit?

There are numerous reasons not to drive an overweight truck without Overweight Permits, and still, many drivers tend to neglect the consequences of driving this way. Not having a permit on the road while driving an overweight truck could lead force you into such problems.

These problems refer to damaging your career without promises of any solutions in future. In most states, highway violations by commercial trucks are taken too seriously.

It is due to national security purposes also. Usually, overweight trucks are found to have illegal products. So, if found violating commercial weight laws, the driver falls under high scepticism.

It is authorized by highway patrol officers to check the weight of commercial trucks.  The authorized officials sometimes require a drive to detain the vehicle and distribute the load again according to the axle group and weight allowed per axle.

If the load exceeds the limit, you could be arrested, and the truck comes under the custody of the local police for a significant period.

Even though there are high chances of bail in this case, if you lose the case anyhow, the verdict could come against your hopes. The minimum time an overweight truck driver would spend in jail is two months, but this also varies according to the case’s direction.

Even if you saved yourself from going to jail, you would sabotage your career with a revoked commercial license. Once your license has been revoked, you won’t be able to re-apply for the same license in most regions.

It is because your history will be added to a central system, and as soon as you apply again, you will face many objections based on that history.

If caught hauling goods weighing more than allowed, you will face a heavy fine on the spot. However you can pay the fine later, but in some regions, you won’t be able to drive again until you pay that figure. In the U.S, the penalty for illegal overweight truck driving is around $16,000. But, in some cases, it is charged per 100kgs. The amount varies according to the additional weight put exclusively to the allowed limit.

Driving an overweight truck strictly puts your future at severe risk. Developed nations take some violations as a national threat, and commercial truck violation is one of them. So, it is necessary to have an overweight permit to ensure your future safety.

Moreover, driving an overweight truck does not function appropriately. It loses its brake efficiency and road grip, which leads to fatal incidents. So, avoiding such risks is better to ensure your and fellow drivers’ safety on the road.

Selling Tickets On Stubhub Is Easy

Is the world's Energy Crisis on your mind? What Help is required from your side?

In What Way Can You Choose the Suitable Moving Service?

Explore your Best Solutions for the Auto Repair

Retreading Tires Will Save You Money, Making Quality Tires The Best Option

The benefits of using tricycles will make your day!!

Ways to get cheap car insurance