Home > Business > How to make a logo online 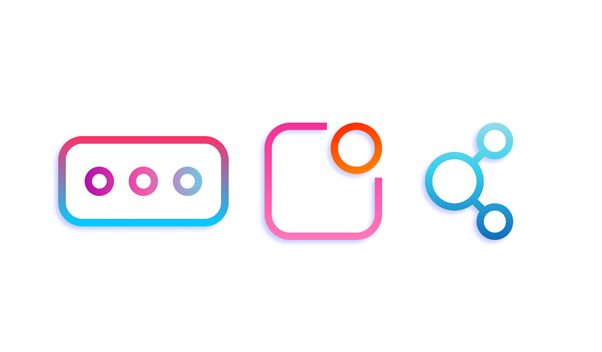 How to make a logo online

Remarkably, some entrepreneurs don’t pay much attention to a logo. They consider it nothing more than a pretty icon. In fact, a logo performs several important functions. Among them:

Growth of loyalty on the part of consumers;

The logo or emblem is an element of corporate identity. You should think about its creation when opening a company. Graphic elements are of three types: text, graphic and mixed. To allocate among them the best type is impossible, because each option has certain characteristics.

Textual emblems consist of letters and numbers. They account for approximately 30% of all graphic elements in the world. They are characterized by simplicity, but at the same time allow you to better remember the name of the company. A striking example is the logo of the Visa payment system.

Graphic elements are designed to demonstrate what the organization as a whole does. They account for about 20% of all trademarks. The most recognizable graphic logo is the logo of the company “Apple”.

The most common type is a combination of graphic elements. As you can easily guess, they consist of alphanumeric characters, as well as images. An example of a combined sign, which exactly met every compatriot, is the logo of the company “Adidas”.

Stages of creating a logo online

Currently, there are many programs for creating logos. And some of them do not need to download into the computer memory. If you have an internet connection, you can launch the application on the site in a couple of seconds and work online. One of them is the Turbo Logo Generator, which is easy to use.

Creating a logo for a company is not just a matter of drawing some image that first comes to mind. In this case, it will be ineffective. The sign should be associated with the company’s activities. Having looked at it, a potential client should instantly remember what goods are produced under this logo.

The creation of a graphic element is usually divided into the following stages:

Researching the options of competing companies. Focusing on successful examples of logos. Identify in them the details that make them stand out from other graphic signs. Use those same details in the development of your own logo;

Color Palette Selection. Each color has a specific function. For example, yellow increases appetite, which means that it can be used in the development of the emblem for the point of fast food. The blue shade symbolizes reliability, strength and trust. Often it can be found in the signs of companies working in IT directions. Dell, IBM and Intel are some examples. The green color must necessarily be present in the logo of the organization, which wants to emphasize the high environmental friendliness of its products. In addition, it is associated with good health and an active lifestyle;

The choice of the type of graphic sign. In general, you can give preference to any kind of sign. The main thing is that it is perfectly readable, exclusive and consistent with the direction in which the organization specializes.

Slightly change someone else’s logo and use it for your company is not recommended. You can get a charge of plagiarism, and this is fraught with litigation.

Any organization must have a logo. In its absence, the sold product risks getting lost against the products of competing companies, which took care to create this element of corporate identity. At the heart of the mark should be a good idea. It can be implemented through a variety of programs, including those working in online mode.

HOW NOT TO WIN GAMES

Why A Pre-Purchase Inspection Is Important

How to Choose the Right Float Switch

Thinking Of A Career In The Healthcare Field?

The Main Differences Between Plan Management and Support Coordination

Testing Tools- Choosing the Best Devices for Your Testing Needs