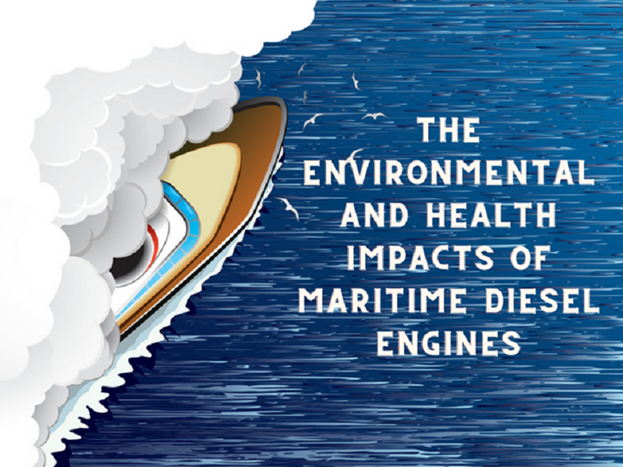 Diesel fuel has been an essential part of our day to day life; it is the primary energy source in many countries. Many transport vehicles run on diesel. Power plants that supply our electricity are powered by diesel fuel. Logistics-wise, planes and freight vessels use diesel power. And speaking of freight vessels, the maritime industry is one of the biggest diesel consumers for their diesel-powered marine propulsion systems.

As a result, it is also one of the industries that largely contributes to the negative environmental impacts of diesel fuel. Diesel has been linked to various environmental and health effects the world faces today. Unfortunately, the maritime industry has active participation in harming the environment with the prevalence of diesel-powered marine propulsion systems in ships. Find out its terrible effects on the environment by reading this article.

The Environmental And Health Impacts Of Maritime Diesel Engines

The world is currently facing environmental challenges, including climate change and increasing planet’s temperature. Environmental groups and private and public sectors are calling and taking action to delay and mitigate these effects. One prime example from the maritime industry is marine electrification through a hybrid marine propulsion system.

But what are the environmental harms of maritime diesel engines?

The world is currently facing environmental challenges, including climate change and increasing planet’s temperature. Environmental groups and private and public sectors are calling and taking action to delay and mitigate these effects. One prime example from the maritime industry is marine electrification through a hybrid marine propulsion system.

But what are the environmental harms of naval diesel engines?

In the legally binding international treaty on climate change called The Paris Climate Agreement, more or less 190 countries have agreed to reduce their greenhouse gases emissions. It is to stop the earth’s global temperature from increasing by more than 2 °C.

Greenhouse gases are types of gases that absorb heat energy redirecting it to the earth’s surface. Carbon dioxide, methane, nitrous oxide, and water vapour make up most greenhouse gases.

Switching to marine electrification through using purely electric or diesel electric drive for shipping vessels is a baby step for zero carbon emission.

The best and most refined fuels go to land transport and manufacturing industries. Low-quality petrol goes to the maritime industry.

What happens when these low-grade fuels are burned for usage? Ships exhaust gases that contain toxic particles and air impurities. These impurities drift to communities near the shipping routes.

As a result, it spikes the cases of respiratory disease cases in these communities. Thousands of people die from asthma, lung cancer, and cardiovascular diseases around the world. Many attribute these pollution-related deaths to maritime shipping.

Newer and electric-powered marine propulsion systems help reduce these statistics and improve the air quality in the shipping routes, especially near the communities.

The collision of vessels is an unfortunate disaster that could happen to any watercraft amid the vast oceans. Unlike ships with the hybrid marine propulsion system, boats with diesel engines carry barrels of fuel and oil on board. Oil spills and leaks are highly likely in maritime accidents.

One of the biggest maritime accidents that led to a major oil spill was the collision of the SS Atlantic Empress and oil tanker Aegean Captain in the Caribbean Sea, off the island coast of Trinidad and Tobago in 1979.

Amid a tropical storm, the two oil tankers had crashed into each other, resulting in an estimated 90 million gallons of oil spilling into the Atlantic Ocean.

Not only does oil spill affect marine wildlife, but it also impairs the livelihood of coastal communities. Oil kills and contaminates fish and other marine animals, destroys their habitat, and disrupts their natural ecosystem. Oil spills cause long-term environmental impacts.

If ships choose to use pure electric marine propulsion systems, they carry fewer barrels of fuel onboard.

Compared to newer and quieter marine propulsion systems, maritime diesel engines are much louder with their engine noises and vibrations. Noise affects tons of marine animals in the most direct ways.

Animals that live in the water, especially marine mammals, rely on their hearing more than their other senses. Compared to the hearing sensitivity of humans, which ranges between 0.02 to 20 kHz, dolphins have hearing sensitivity ranging between 40 to 100 kHz. It means they can hear even the softest squeak in the ocean.

As a result, it disrupts the communication between these social animals. It also messes with their navigation ability, hunting and feeding, and even mating. Loud sounds also cause stress, hearing loss, and change in the behaviour of marine mammals that could easily lead to death.

Newer engines such as the hybrid marine propulsion system produce less noise and vibrations, not interrupting the underwater ecosystem. 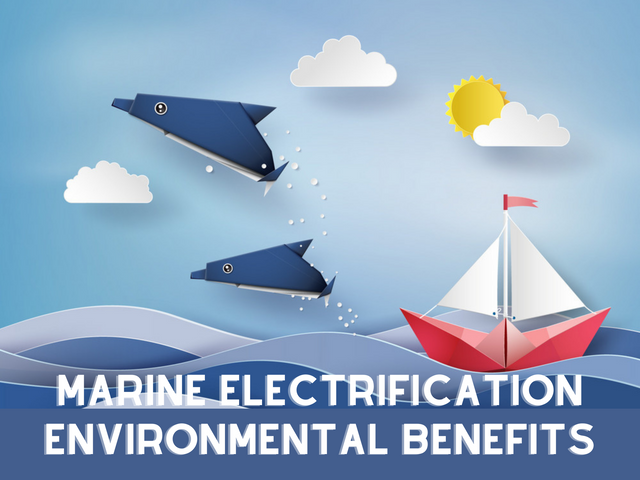 The maritime industry is changing its course and now leaning towards a greener and more sustainable shipping. Here are the benefits of switching to electric-powered marine propulsion systems.

Electric-powered marine propulsion systems are geared towards renewable energy, like solar and wind energies. On the other hand, diesel electric drive engines combine the benefits of fuel and electricity. However, unlike diesel engines, the diesel-electric drive uses less petrol.

Since marine electrification uses cleaner energy, it does not exhaust toxic particles and impurities in the air that could affect the health of communities.

More control of the ship

Due to innovation and technological advancement, electric-powered marine propulsion systems boast greater and more flexible and optimised vessel control. They also have smarter propulsion systems that are resilient even in rough waters.

You can manoeuvre electric-powered marine propulsion systems much quieter, not bothering the stillness of the ocean.

It is time to step towards a sustainable and greener maritime industry through marine electrification. Not only does it benefit the environment, but also the industry and community.

If you are interested in marine electrification, visit E-POD. E-POD provides the latest marine propulsion systems. Go to E-POD today.

Question To Be Asked From Plumbers?

Exploring The World Through Math And Science

Your complete guide to cantilever racking

Explore Your Business Online By Doing Almost Nothing