Home > Business > How are adhesives manufactured? 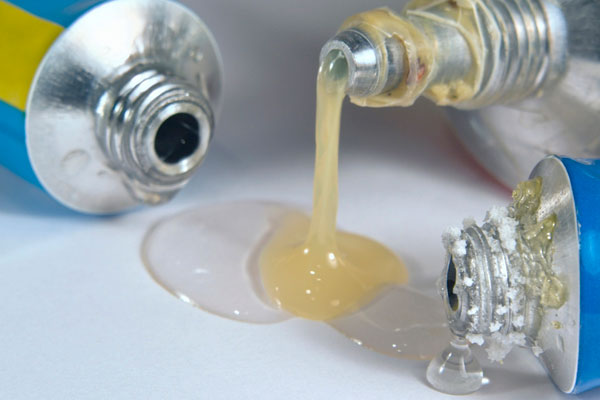 How are adhesives manufactured?

In the times when there were no technological advancements, humans had to depend on unprocessed glues for the adhesive purposes. At the initial stages, birch tree bark sap was used as an adhesive to bind stones and wood. However, as time progressed the choices became varied: Tree saps, two-part mixtures of resins and iron oxide and starch-based adhesives. These were used in some of the basic application such as binding stone to wood, paper and for making furniture.

The first commercial glue pant was established in Holland in the year 1690, but glue manufacturing did not become a commercially successful industry up until the 18th or the 19th century. However, with varies technological advancements, scientific research projects and an increased understanding of the science of adhesion, glue transitioned into a completely different domain with unique properties that made them suitable for countless applications and their ability to be chemically calibrated to be compatible with any product.

There are two types of glues that revolve in the market in the present day: Natural and Synthetic. Each of them has their own unique properties and it is up to one’s personal preference and understanding of what type of glue they would need for a particular project. Vegetable and animal-based glues are examples of natural glues. They are preferred by many adhesive manufacturers because they are easy and relatively cheap to produce and manufacture. On the downside, natural glues exhibit least resistance to heat, durability and moisture. Synthetic glues, on the other hand, are chemically formulated mixtures that can be calibrated to make them stable and resistant to external factors. They also have a great binding strength: Which then can also be altered with change in the composition or the component ratio.

Animal glues are produced mostly from animal bones. The bones are first cooked and broken down into a compound called collagen. This process is repeated plenty of times, to break down the collagen further to the base. At the final stage of purification, purifying agents such as hydrochloric acids are added to remove any impurities that might be present. The mixture is then cooked and evaporated of the liquor to achieve glue of a specific viscosity.

Plant based glues are usually starch based adhesive extracted from plant seeds, tubers such as corn, cassava etc. The long chain starch molecules are broken down to a simple adhesive mixture. The mixture is then used for paper-based products and cardboards. Since, they are made from plant-based materials, adhesive manufacturers prefer these as they are environment friendly.

One of the most prominent components in a plant is cellulose. Cellulose is nothing but a complex polymer of starch. This cellulose can be broken down to produce plant-based adhesives. However, natural adhesives have lower strength, hence, a chemical processing is required to make the natural glues strong. Cellulose ids usually processed to produce methyl cellulose, which is superior to natural adhesives in terms of its binding strength.

Perfect Money Web Hosting – The Best of the Lot

IPL Kicks Off With A Risk-Free

Job Interview Tips: How To Make A Great Impression

How to Pick the Right Water Filter For Your Refrigerator?

Check Engine Lights – What They Mean and What to Do

Five Essential Tips to Be More Focused for Meeting a Deadline