Home > Law > Can a Pedestrian Be at Fault in a Car Accident? 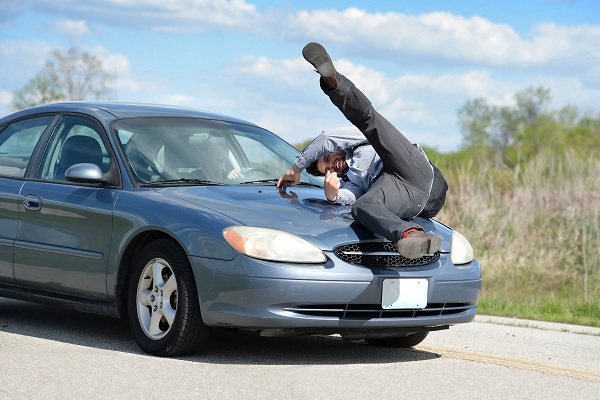 Can a Pedestrian Be at Fault in a Car Accident?

Pedestrian car accidents continue to occur on an unfortunately large scale across the United States. In 2018, the National Center for Health Statistics estimated that 7,680 pedestrians were killed in both traffic and non-traffic (e.g., parking lots, private property) accidents. These incidents can happen anywhere, in urban areas (79%) to public streets and roads (74%). Although the common assumption is that the vehicle is always at fault in these cases, at times, the pedestrian can be liable for the car accident. Because of this, there are several important factors to be aware of that you (as the pedestrian) may be found at-fault and held accountable for a car accident.

How a Pedestrian Might Be At-Fault in an Accident

Pedestrian car accidents are frequently assumed to be the motorist’s fault. Since they are driving the powerful vehicle and have less awareness of what could be happening on the nearby walkways, they are more of a liability than others on foot. Further, there are many traffic circumstances in which pedestrians have the right-of-way, leading many to assume that mishaps on public roads could never be their fault. Unfortunately, this is far from the truth.

One of the main elements that might contribute to your fault in your pedestrian car accident case is the manner in which you crossed the road. For example, imagine that you are following the law and used the crosswalk to enter the street. However, when you entered the street, you were looking down at your phone and didn’t realize that the crossing signal was still instructing you to wait. While this negligence is not exactly illegal, your actions will be used against you in court and could significantly impact your eligibility for compensation.

Everyone in public spaces, including pedestrians, are legally expected to fulfill their duty of care to others. This means that they will conduct themselves in a safe, reasonable manner, that does not endanger themselves or anyone around them. If you, as a pedestrian, fail to uphold this duty of care, you could be at-fault for a pedestrian car accident. (Your chances of being at-fault are significantly increased if you were jaywalking, an act that is not only negligent, but illegal in most of the U.S.)

There are instances of shared liability in pedestrian car accidents as well. For instance, if both you and the driver were behaving negligently, such as in the case of a jaywalker and a speeding motorist, then you could both be at-fault according to the following categories:

There are many instances in which you could be responsible for a car accident as a pedestrian. For this reason, it is essential that you respect the rules of the road and exercise caution, even when on foot.

Finding Affordable and Experienced Car Accident Lawyers for your Claim

You Need to Know These Unknown Facts About iHerb

GOLD MIGRATION LAWYERS AND THEIR SERVICES

Click To Know The Details Of Employment Lawyer In California