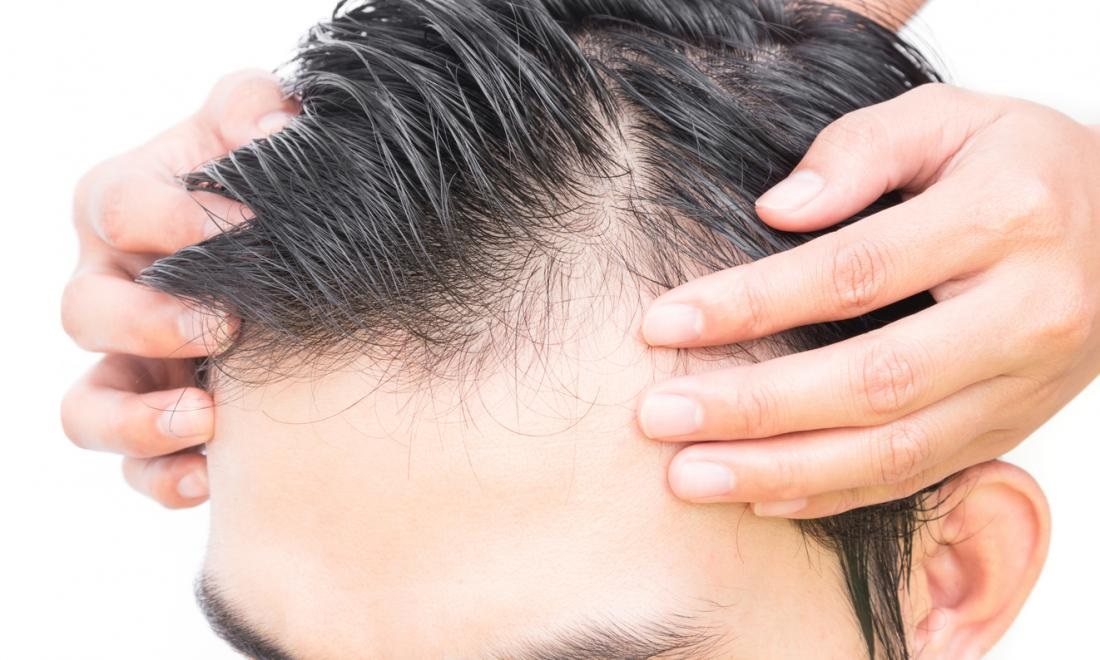 Hair fall is a phase which everyone might have faced in their lives and panicked to find the solution as early as possible. Fortunate are those who got their hair loss problem resolved as being temporary. People try all possible remedies to control the hair fall but only some finds it to be beneficial possibly those few are temporary hair loss sufferers.

Permanent hair loss is an unfortunate incident which everyone wants to avoid but is unavoidable. There are multiple causes of permanent hair loss but the top ranked cause is genetic influence followed by hormonal imbalance, systemic diseases associated with hair loss and history of any surgical scar or chemotherapy. The contributory factors which plays a vital role in increasing the prevalence includes changed lifestyle, stress, poor nutrition, styling aids and tools and increased pollution.

Male pattern baldness or androgenic alopecia is a type of hair loss which occurs due to genetic dysfunction running from generation to generation from either paternal or maternal side. Pattern hair loss progresses over the years as DHT (Di – hydro testosterone) hormonal levels changes throughout the life thus leading to varying rate of hair loss.

DHT hormone is one of the metabolite of testosterone whose levels changes throughout the life. DHT hormone levels changes causing over sensitivity in hair follicles which leads to shrinkage of hair follicles leading to thinning and miniaturization ultimately causing shedding of hairs. Progression of the hair loss in the same manner leads to noticeable baldness among men with further extension of the baldness.

Why the pattern of male pattern baldness is specific?

Male pattern baldness involves a certain part of scalp and involves either the frontal portion or the vertex portion of scalp. It initiates from frontal or vertex portion of scalp which looks like receding hairline or the bald patch respectively. While progression the baldness extends leading to co leasing of the baldness of both the areas forming a big bald area leaving a band of hairs at the back and side of the head (occipital area).

This pattern is because of the DHT sensitivity of hairs residing in the frontal and vertex area which undergoes thinning and miniaturization ultimately leading to hair shedding under the influence of genetic influence.  Hair follicles residing at the back and side of the head or the occipital area are DHT resistant and does not undergo any change under the genetic influence thus stays permanent for lifetime.

The genetic composition of hair lies in the root part and not on the scalp. Thus, when these hair follicles are transferred to any desirable bald location they follow the pattern of the origin and do not undergo hair loss. This is the basis of the hair transplant procedure which intends to deliver the permanent results as DHT resistant hair follicles are selected as the follicular grafts.

Male pattern baldness progresses throughout life and could not be ceased by any procedure. Norwood classification is used to assess the extent of hair loss and is divided into 7 stages which depict progressing varying degree of hair loss:

The stages are as follows:

Class I: Hairline lies completely on the forehead and is no balding stage.

Class II: Receding hairline and formation of triangular areas of recession in the sides of frontal area and negligible recession on mid frontal area.

Class III: Borderline case. The triangular recession continually deepens or thinning of hair on the vertex.

Class VII: A thin band of hair presents only in back and side of the head.

If you are facing male pattern baldness the initial cases are been recommended medications including; Minoxidil and finasteride which is intended to slower the progression of hair loss and increase the growth rate of hairs. But this treatment modality might or might not be effective. There are times when the results are relapsed after stopping the medications.

The only permanent and successful treatment modality which could treat hair loss is hair transplant. But to undergo this procedure you need to first confirm the cause of your hair loss and your candidature for the procedure which can be done by scheduling an appointment to visit the doctor. Thus hair transplant is the best and reliable treatment modality which delivers permanent and natural results which are undetectable.

“Medispa clinics” for hair transplant in Delhi and Jaipur is pioneer in delivering the world class hair transplant results. We believe in maintaining the best international standards for our patients to deliver the best possible outcome at an affordable cost. We are the biggest team of hair transplant in India and have performed thousands of male pattern baldness cases with high success rate.

Dr Suneet Soni (super specialized plastic surgeon), is one of the most recognized and celebrated name in the world of hair transplant. He is well known for his excellent surgical skills and extraordinary artistic vision which has favored him in designing the hairline exactly like natural existing hairline. He has performed more than 5000 cases in his career and based on his popularity the footfall of patients is taking an exponential rise.

So don’t wait to experience the best hair transplant results with Medispa clinics, feel free to book your appointment now with us.

Classic Irons and Curling bars: Differences and Effects That Can Be Achieved

What are some successful ways to quit smoking?

Stop running to the gym, do workouts outside.

What is Vaping and What are the Alternatives of Vaping?

How to Boost Your Immune System