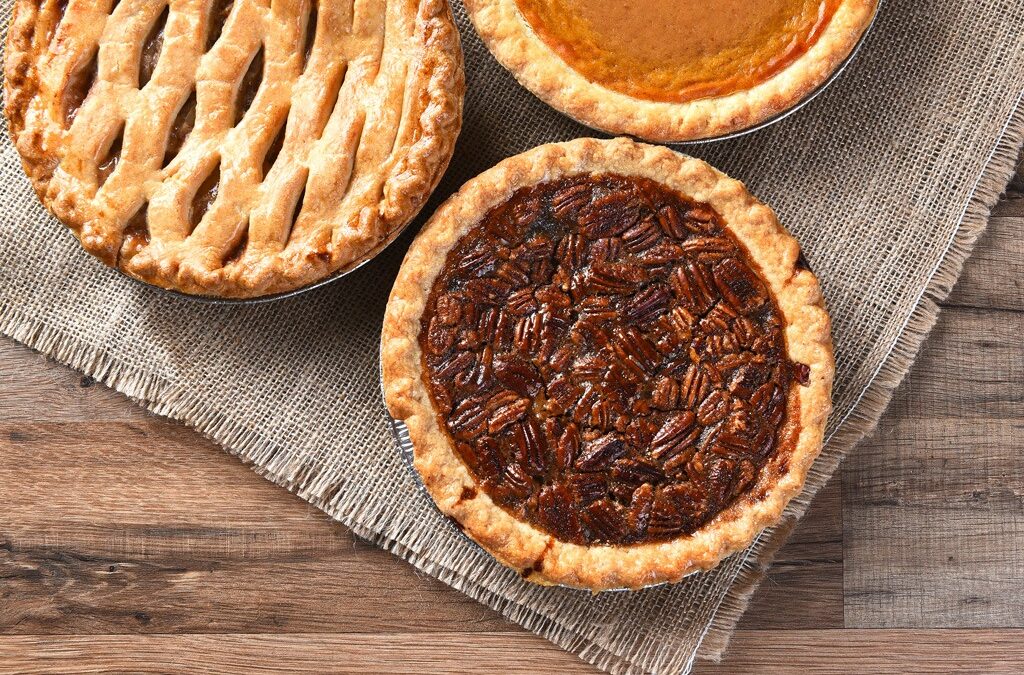 Though not as complex as lemon meringue or coconut cream pie, Apple pie was ranked as America’s favorite pie in 2018. What is it about apple pie that is so appealing? Is it the crunch of the apples themselves or the contrast of tart and sugar? Is it the nostalgia of everyone’s favorite childhood dessert? Whatever it is, there is something about it that is comforting, satisfying, and irresistible. Apple pie happens to be the favorite in twenty-three out of fifty states. Rocky Mountain Pies is an in-store bakery supplier that provides twenty variations of apple pie, including double apple berry, apple caramel crumb, caramel apple, and sugar-free apple.

Pumpkin pie, most popular in Nevada and ranked as America’s second favorite pie in 2018, has a unique consistency and flavor that perfectly captures the holiday season. In-store bakery suppliers usually top their pumpkin pies with whipped cream and spices, making it the sweet, savory pie that everyone wants to come home to on a cold winter’s day or stuff their stomachs with on Thanksgiving. Starbucks even has a drink named after this iconic flavor! In-store bakeries such as Rocky Mountain Pies supply pumpkin chiffon and pumpkin streusel pies.

Chocolate creme pie, which happens to be the favorite in Wyoming, Alabama, Vermont, and Massachusetts, is believed to have derived from the French pastry known as the tarte au chocolat. It is made with chocolate custard and topped with fluffy whipped cream. Rocky Mountain Pies, an in-store bakery supplier, serves more than twenty variations of chocolate pies, so there’s something for everyone.

Cherry pie is America’s fourth most loved pie, and it does not disappoint. Stuffed with anthocyanins, which serve as lung-protectants and blood vessel strengtheners, cherries are the perfect balance of sweet and tart flavor that pie chefs and eaters crave. So if apple isn’t your thing, but you like the idea, give cherry pie a shot. At Rocky Mountain Pies, an in-store bakery supplier, you can taste just about every kind of fruit pie this world has to offer.

Though not ranked in America’s top five or even top ten, banana creme pie is my personal favorite and I think worth mentioning. Utah happens to be known for its banana creme pie recipes and favors this flavor over apple and pumpkin. Bananas have a flavor that is difficult to replicate, and when combined with cream and a buttery crust, they create a tropical masterpiece that no other pie at any in-store bakery supplier can measure up to.

Rocky Mountain Pies is an in-store bakery supplier that provides over six hundred pie flavors, ranging from fruity and sweet to chocolatey or even savory.

Rocky Mountain Pies is an in-store bakery pie supplier that provides over six hundred pie flavors, ranging from fruity and sweet to chocolatey or even savory.

Features Every HR System Should Include

Local Cuisines You Must Try when Visiting Georgia

How to Pick the Perfect Espresso Machine for Your Home

Why Bakers Use The Baking Cup For Muffins