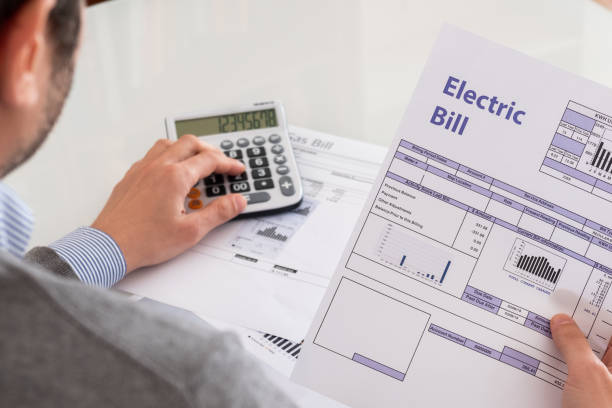 3 Reasons Your Electric Bill is Skyrocketing

Vampire sources are devices and appliances that are left plugged in twenty-four hours a day. This may include your television, your stationary computer, your toaster, your speakers, your air conditioning system, and more. Upon leaving the house, most people turn off lights, turn off the air conditioning, and unplug hazardous items such as curling and flat irons. Unfortunately, smaller, less thought of electronics such as cell phones and laptops are the real culprits for high electric bills. Despite the fact that most devices can be charged to a hundred percent, chargers do not recognize this limit and will continue to consume and conduct energy long after the device has reached a hundred percent. If your electric bill has inexplicably gone through the roof, it may be that you are leaving too many items plugged in. Consider setting a timer when charging electronics, and unplug them as soon as they reach full charge. Unplug appliances that aren’t being used, such as toasters, computers, and blenders. Overworked air conditioning systems may also be a cause. Identify the vampire sources in your Salt Lake City home to cut down your electric bill by as much as seventy-five dollars a month!

When shopping for lightbulbs and other household necessities such as air conditioning filters, it’s easy to go for the cheapest option. However, generically branded lightbulbs may be masking inefficient compositions, which can, in turn, drain your home of energy, causing your electric bill to skyrocket. Incandescent lightbulbs and compact fluorescent bulbs emit light and heat in multiple directions, while light-emitting diode (LED) bulbs release light in a singular direction. Because of this, LED bulbs use seventy-five percent less energy than other bulbs and last up to twenty-five times longer. Though notably more expensive, LED lightbulbs will save you loads of money in the long run, causing your electric, furnace, and air conditioning bills to go down.

Insulation is any material that prevents energy from leaving or entering your household, specifically electricity, heat, and cold energies. The most common types of insulation in Salt Lake City homes include foam, concrete, fiberglass, mineral wool, cellulose, wood fibre, and polystyrene. While wall insulation is what most people are referring to when the topic arises, windows and doors are also a form of insulation, as they can keep out heat and cold. If your insulation is worn down or your windows aren’t fully closed, your electric bill is at risk of a drastic increase. Insufficient insulation forces your air conditioning system to work twice as hard as usual just to maintain room temperature, and this causes your electric bill to go up. If your air conditioning and HVAC costs have increased lately, there may be an open window or a cracked door somewhere in your Salt Lake City home.

Ascend HVAC is the best place to go for air conditioning repair in Salt Lake City. If you or someone you know is looking for HVAC repair in Utah contact them today.

What Kind Of Services Do Roofing Specialists Provide?

The Haori Jackets You Have Been Waiting for So Long

Advantages of hiring Security Guard Companies in Dallas for your Business

Corrosion Under Insulation: What Is It and How Can You Prevent It

5 Tips to Improve Your Career Development

What You Should Expect From Your Commercial Inspector